An Afro-Surrealist story about a giant woman and a tiny man who, through the power of a touch, experience an unexpected transformation.
Sunday 24.10. 16:00
Diverstiy 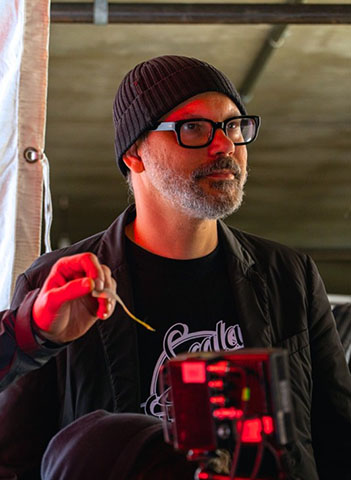 Christopher Tenzis is a filmmaker from Chicago. He studied at the British Film Institute, the London International Film School, and The American Film Institute Conservatory. While in Chicago, he received the Build Illinois Filmmakers Grant after completing his feature, Some Guys, which premiered at The Chicago Underground Film Festival.