In a secluded cabin surrounded by untrodden snow, a man delves into his childhood memories with his father. Nothing can disrupt this moment of introspection, not even the most dangerous threat.
Sunday 03.July 16:00
Love & Poesie 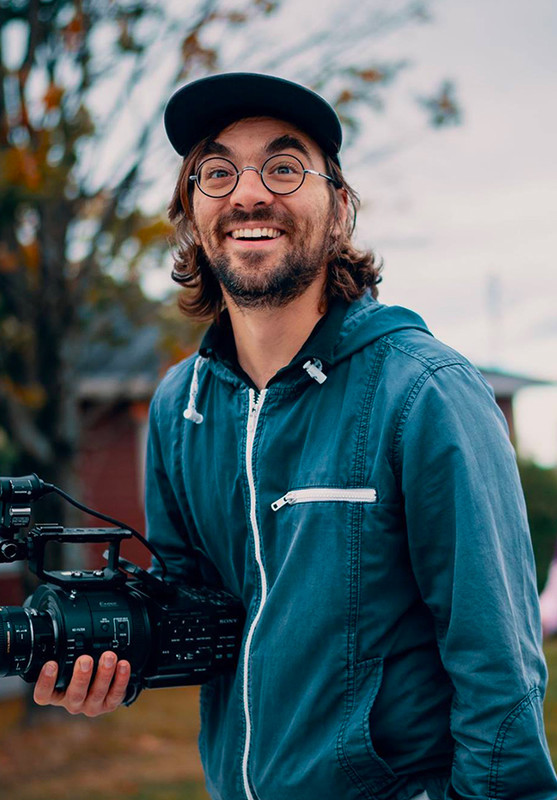 From Rivière-du-Loup (Eastern Québec, Canada), Benoit Ouellet was first exposed to cinema during his college years at Cégep de Rivière-du-Loup. He then left for the Université du Québec in Chicoutimi to pursue a Bachelor of Arts (film studies). After a year, his student path led him to the Université du Québec in Montréal where he obtained a bachelor’s degree in Communications (cinema), with a specialization in cinematography. After graduating, he gained valuable experience on several professional production sets while conducting his own creative projects. During this period, he was also introduced to corporate video, through which he expressed a sense of creativity and screenplay writing skills that did not go unnoticed. Besides directing various video projects, Benoit Ouellet teaches at the Cégep de Rivière-du-Loup for the Film and Video Industry School. In 2017, he founded Bongo Films. Since its release in 2019, his short L’amour has been selected by more than a dozen film festivals and has received great praise.