Edda and Egon pictured their new son-in-law very differently. Especially less striped and furry. While meeting each other for the first time at a restaurant, daughter Oona and her future husband are not only confronted with prejudices.
Sunday 03.July 14:00
Barrier Free Films 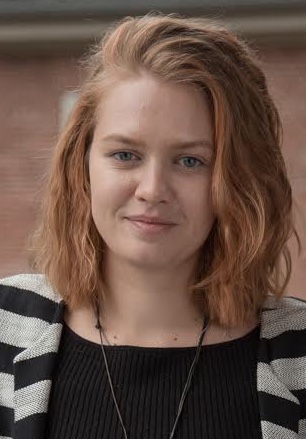 Born 1997 in Leipzig. Because of her enthusiasm for adventure and her love for travelling, her future was clear at the age of 6: Miriam would one day become a pirate. But due to the lack of support from her parents and the shortage of training opportunities in Germany, Miriam eventually got to her other passion of telling stories after traveling abroad to Australia, Ecuador, Israel and Eberbach and attending workshops and internships at film production companies in Cologne and Hamburg. So she started majoring in "Creative Writing and Cultural Journalism" in Hildesheim, where she learned how to read poorly written bus schedules. In between Miriam fled to Los Angeles to study script writing, as long as the money lasted and her financial advisor didn't cause any problems. Until she finally returned to start a new adventure at Hamburg Media School. Caren Wuhrer, born in Tettnang and raised near Lake Constance. After the Abitur to East Africa to travel, work and experience. Then back to the lake again: preliminary studies in art and design in Meersburg. From 2011 studies of visual communication at the Hochschule für Gestaltung in Offenbach am Main with a focus on film/video with Prof. Rotraut Pape. First sniff of professional film air on set as a cloakroom attendant, could not get the smell out of the nose anymore, packed the bags again in 2016: production internship at Lucky Bird Pictures GmbH in Munich. After one year in Munich back to Offenbach to finish the studies with the short film "Ich war's nicht". Now finally Hamburg and directing. Steffen Gerdes was born in Oldenburg and moved to Hamburg in 2001. After working for several years as an editor in a post-production company, he moved towards production management for movies, such as Chiko (Özgür Yildirim) and Soul Kitchen (Fatih Akin). After this collaboration, he continued freelance work for the Distributor Pandora, where he developed strategies for creative advertising activities. He was responsible for the promotion and marketing of Soul Kitchen, Fraktus, UFO in Her Eyes and The Cut. In 2018 he started the master’s degree for Film Production at the Hamburg Media School.