Importance of education is conveyed through a Child Labor's Point of View.
Saturday 23.10. 16:00
In your eyes 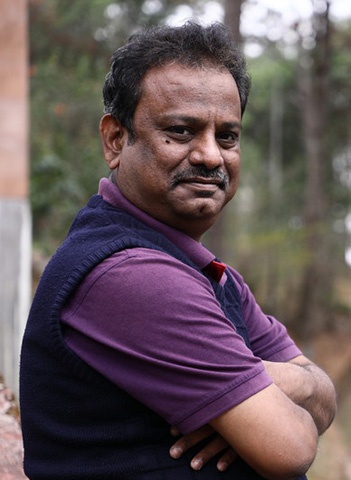 After graduating in Visual Communication, he did Diploma in Film Technology & Television Production. He is specialised in Sound Recording from Film & Television Institute of Tamil Nadu and worked as a Sound Engineer for more than 600 Indian features and Documentaries in Chennai, Tamilnadu. He directed documentary films namely Gourd to Chord and Ecstasy of Gourd for Films Division. Latest short film is School Bell.