We experience the everyday life of a supposed king in his castle. Here, the king corresponds to the image of the cliché German who lives in a fairytale castle. This contrast reflects the double standards that already seem to have become a lifestyle in our society. His habits turn out to be hypocritical and more than questionable in the course of the music video.
Friday 22.10. 20:00
Music Block 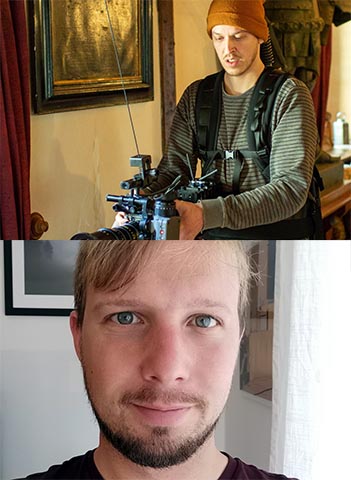 Even before he learned to write and read, Armin Thalhammer walked around with his father's camera. His debut film "Cerro Rico - The Silver Mountain" came out in 2016 and has won several awards at renowned international film festivals. Felix Pitscheneder: Felix Pitscheneder started filmmaking in his early youth. Initially in action sports, he was soon drawn to music videos.