Because a friendship lasts as long as necessary.
Saturday 23.10. 22:00
We Are Bad Heroes - Directors Lounge & Short film night 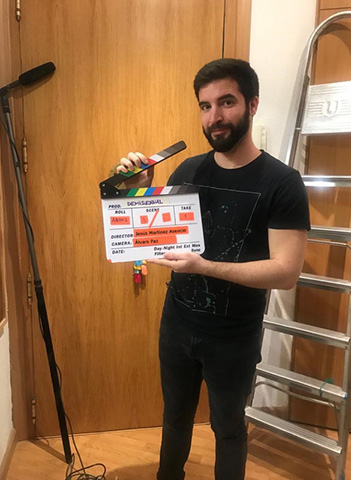 Jesús Martínez Asencio, Spanish screenwriter and director. He wrote a spot for the SyFy channel for the fourth season of the series "Heroes" and wrote the short films "Cambios" (2018), "Amigas para siempre" (2019) and "De-Mi-Sexualidad" (2019) and staged. He has also worked on television as a screenwriter for "Órbita Laika" and "El Cazador de Cerebros".