James Joyce's novel of the century, Ulysses, has achieved the status of one of the defining key works of modern literature. Not only did he have a major influence on the work of the 20th century, but he also provides numerous sources of inspiration impulses for literary work in the 21st century. It seems that even today, 100 years after its first publication, it is still ahead of its time. The novel consists of 18 chapters. "Ulysses Alphabet" builds on this and transports the structure of the novel into the image level, while the stylistic diversity is reflected in the film music: 36 characters, the letters of the alphabet and the numbers 0-9 rotate clockwise on a circular disc. Each character is divided into two parts, one red and one black. The circular disc on which the characters move is divided twice, namely into 12 parts and 9 parts. The red character components move on the 12-part circle and the black ones on the 9-part circle. As a result, the black parts of the characters precede the red ones. In the course of all 36 characters, the red parts complete three rounds of the circle, while the black parts complete four rounds. The animation stops at letters that add up to the following text: "James Joyce Ulysses 1922 ; 2022". Based on the stylistic complexity of Ulysses, the music to the film supports the rhythm of the circular movement on the one hand, and on the other hand it repeatedly drifts away from this strict time scale. In the alternation and superimposition of 3- and 4-part periods, short dance episodes, the beginnings of tonal structures, musical chains of associations, melodic motifs and harmonic structures composed of industrial noises arise.
Saturday 02.July 22:00
Directors Block 3 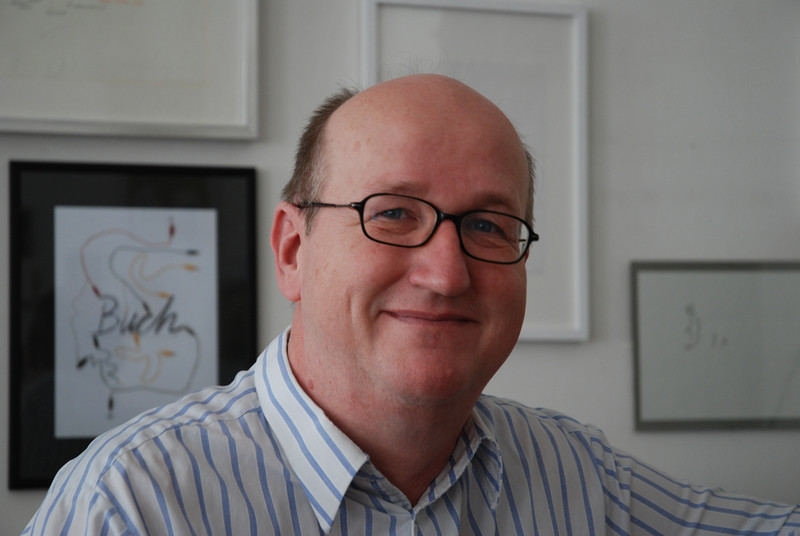 Christoph Theiler (1959 / BRD) lives in Vienna since 1982. He studied piano with Erich Appel in Nuremberg, with Edgar Trauer in Stuttgart and Leonid Brumberg in Vienna. Percussion with Hermann Schwander in Nuremberg. As a composer he is an autodidact. He first began an extensive concert career as soloist and chamber musician. This he finished in 1998 to concentrate himself exclusively to composition. In 1995 together with Renate Pittroff he founded the theater "meyerhold unltd." and the artist group “wechselstrom”. They run an off space “gallery wechselstrom” in Vienna, which is a room for exhibitions, media activism and all art forms on the fringe of culture. Since 1997 he has been working in the field of radio drama and experimental radio art. Recent works are located in the area of multimedia, sound installation, performance, intervention and social sculpture. His work catalog includes approximately 100 compositions, 40 theater and radio music and 70 interdisciplinary work. Selection of Works: Piefkedenkmal - construction of a monument for the musician Gottfried Piefke, who is also the name patron for the well known austrian dirty word for germans (2009 Gänserndorf) Samenschleuder - tool for ecological sensitive car driving (2009 Weinviertel, lower austria) tracker dog - following a (your) dog and tracking the route with GPS-System, then printing and distributing new maps of walks (2008 Mostviertel, lower austria) community game - tool for distributing gouverment grants using a mixed system of democratic voting and randomized control (2006 Vienna - distributing Euro 125.000,--) whispering bones - theater play aubout the theme, where A. Hitlers bones remain (2004 Vienna, rta-wind-channel) Reply - mailing action: sending Mozart´s begging letters again under own name to 270 people, the 100 richest germans and austrians, high cultural managers and artists of classical music business and all members of the austrian gouverment (2005/06 Vienna) Kalbsembryonenverkostung - eating a cow embryo (2009 Vienna) Re-Entry: Life in the Petri Dish - Opera for Oldenburg 2010 "Fluid Control" – using water as an electronic device (2012 - ongoing) „Scribo“ - Tool for painting music with conductive ink (2020 - ongoing)